Are you sure you want to change country and/or language?
When you change country, all the products will be removed from your shopping cart.

You can, however, order this product online.

Remove limescale from taps | How to get rid of stubborn limescale

It is a problem for everyone sooner or later, limescale! Because water and scale go hand in hand. Limescale can certainly build up in the bathroom, but also in the sink and on taps. We have a few tips for preventing and getting rid of limescale.

Why is limescale formed? 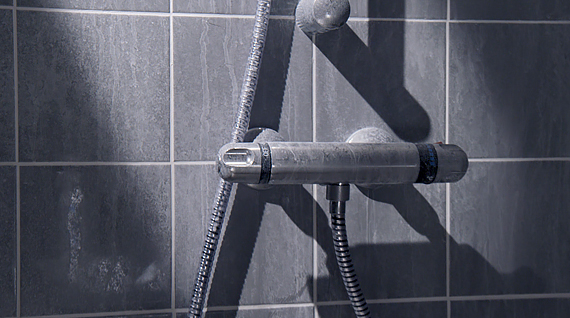 Limescale is formed when calcium and magnesium ions attach to walls, taps, etc.  Calcium and magnesium are found in water, but how much depends on the area. But limescale can even form in areas with soft water. This is because the pipes carrying the water to your home may have parts that contain calcium. A natural-occurring process means these calcium particles can be found in your drinking water.

Of course you want to avoid limescale, especially on taps. The following tips will show you how to prevent limescale.

1. Limescale prevention with cleaning products
To prevent limescale in the toilet, from taps, from the shower, sink or bath, we recommend having a cloth with some cleaning product on hand when you take a shower. This way you can clean the shower walls while showering. Then rinse the walls with hot water after showering and dry the shower cubicle.  HG shower & washbasin spray is the number one daily cleaner because it not only removes light limescale but skin grease and soap remains as well.

2. Water softener
You can install a water softener to your water pipes; install it directly after your water meter or as close as possible. This water softener (and the built-in calcium filter) softens the water so that it contains less calcium. Unfortunately, this is an expensive solution and not affordable for everyone.

How to get rid of limescale

Various blogs have lots of DIY tips for removing limescale on taps and other surfaces. We selected a few of the best ones.

1. Cola
Cola is sometimes considered a cure all, and removing limescale is one of those cures. Cola can be used to remove limescale from the toilet bowl. Pour cola in the toilet bowl and leave it there overnight. Flush the toilet the next day. 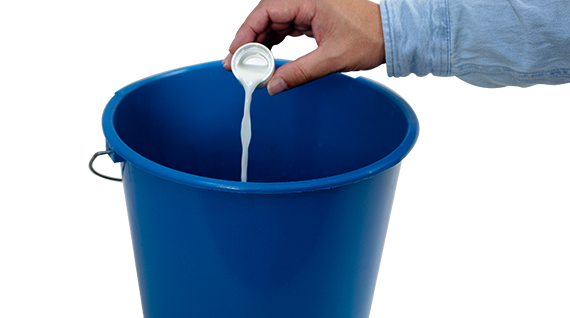 2. Buttermilk
Moisten a tea towel with buttermilk and put it on the area with limescale. Leave it there overnight and you should be able to rinse away the limescale the next day.

3. Fabric softener
You can also use fabric softener to remove limescale from taps and bathroom tiles. Pour a drop of fabric softener in a bucket of warm water and use this to wipe off the tiles, Leave it to work for a bit and then rinse well with hot water.

Have you tried the tips above for removing limescale and had little or no success? Then try the HG solutions developed especially for getting rid of limescale.

Do you have a good tip for getting rid of limescale on taps? Let us know!

How to remove limescale from kettle

How to descale Nespresso machine

Your Nespresso machine contains a heating element to heat the water and an aluminium frame is attached to that element. Our…

Did you find this tip helpful?

0
Do you have a good tip? Ask a question
Product is added to the shopping cart
CONTACT
QUESTIONS?
About HG
News
Vacancies

Many thanks for sharing your tip.

Many thanks for asking your question. We will respond within 3 working days.

What could be improved?

Your message has been sent. Thanks for your feedback.