Are you sure you want to change country and/or language?
When you change country, all the products will be removed from your shopping cart.

You can, however, order this product online.

Do you have black mould in your bathroom? Tips on how to remove mould from the bathroom 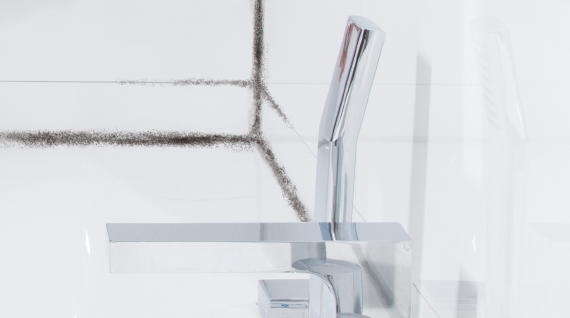 Mould grows best in damp areas, such as the bathroom and kitchen, but also in cellars and sheds. Moulds develop where there is lots of condensation from warm air in combination with little or no ventilation.

For example, black mould in the bathroom caused by hot steam that floats down onto tiles, grout and windows after showering. In addition to the bathroom, the kitchen is also a favourite place for mould to grow due to the hot steam when cooking and insufficient extraction.


3 tips for preventing mould in the bathroom

No problem with mould in the bathroom but you want to prevent it from forming? Below are a few tips for preventing mould.

You can try some of the various website tips on how to remove black mould in bathrooms, such as soda and bleach. Keep reading to find out the best way to use these products in the fight against filthy mould!

3 household tips for removing mould in the bathroom

Try the following methods to prevent and remove mould in your home.

1. Soda
You can try using soda as a bathroom mould remover. Dissolve 6 grams of soda in 1 litre of hot water and pour it over the black mould in the bathroom, or use a brush. Then be sure to rinse well with clean water. 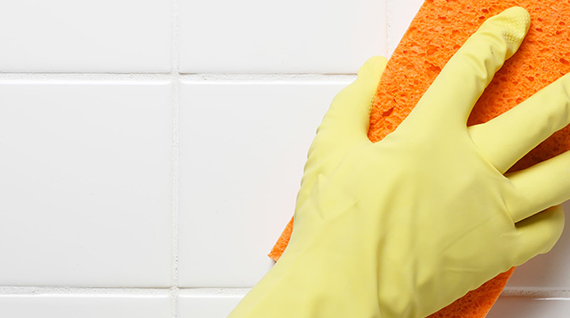 2. Vinegar as a bathroom mould remover
A quite well-known household remedy for removing mould in the bathroom is vinegar. Apply it undiluted with a cloth or sponge and leave it to work for a short time. Rinse the surface well to ensure the vinegar smell is rinsed away.

3. Diluted bleach
Dilute 25 millilitres of bleach in 1 litre of water and dab the mould areas with a saturated sponge. Repeat this method until you get the desired result. Be careful that the beach mixture does not damage the surface!

Have you tried the above methods and were they too much work or you did not get the desired result? Then try one of the special bathroom mould removers form HG specially developed to remove mould from the bathroom quickly and easily.

HG against mould in the bathroom

HG mould remover foam spray has a unique foaming action which means the foam remains in place longer for better saturation. The foam spatters less and the smell is less penetrating.

Mould, damp or weather stains often appear on the silicon seal between the bathtub and the tiled wall, in the shower cubicle or on plaster. Both HG mould removers are the perfect and easy solution.


Do you have a good tip on how to remove mould in the bathroom? Let us know!

How to get rid of mould

Mould is caused by (excess) moisture in certain rooms of the house. This moisture is a result of different problems, such…

Did you find this tip helpful?

2
Do you have a good tip? Ask a question
Product is added to the shopping cart
CONTACT
QUESTIONS?
About HG
News
Vacancies

Many thanks for sharing your tip.

Many thanks for asking your question. We will respond within 3 working days.

What could be improved?

Your message has been sent. Thanks for your feedback.